cruising in Boston on a shared bike – Hubway style

When it was first announced that a bike sharing program was coming to Boston earlier in 2011, I was excited.  See, we just moved to this relatively flat city (comparing to SF).  Granted it was covered in snow, which made it hard to walk sometimes, we knew the snow will eventually melt away.

One Sunday afternoon after the system was put in for 2 months, we finally got to try it out ourselves.  The weather was nice, tourists were out, and apparently the HubWay people didn’t quite have everything running smoothly just yet.

We actually had to walk to 3 different kiosks before we found a working one. 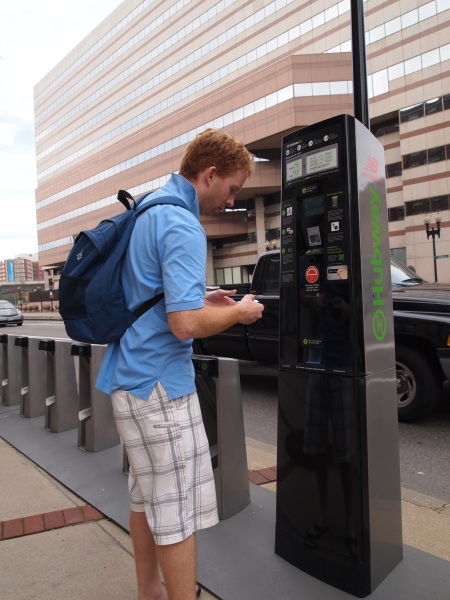 By then, we were already pretty frustrated with Hubway’s representatives.  They were not trained to calm down customers’ frustration with non-functioning kiosks.  I understood that some of them were newly installed and there could be glitches, but as paying customers, aren’t we all looking for a little hand-holding?  At non-function kiosk#2, the first response the representative told me was “walk to the closest station”.  No “please”, no “I’m sorry for your inconvenience”… not a good first impression.

Finally, on kiosk #3 (i.e. 3rd Hubway location we walked to), we were able to get a 24hour membership and the 6-digit code to our bikes.  So excited!  For casual riders, 24-hour membership is $5 from the time you sign up at the kiosk.  Then, depends on how long you ride, you pay for the usage fee on top of the membership fee.  For any rides under 30 minutes, it’s free! 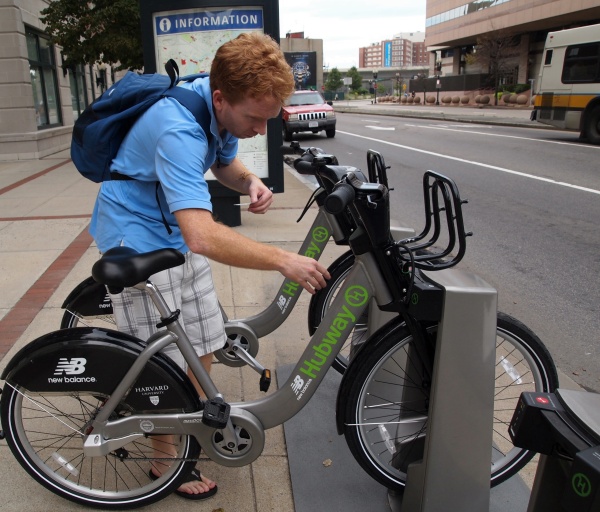 It’s important to wear helmets while you ride, people. 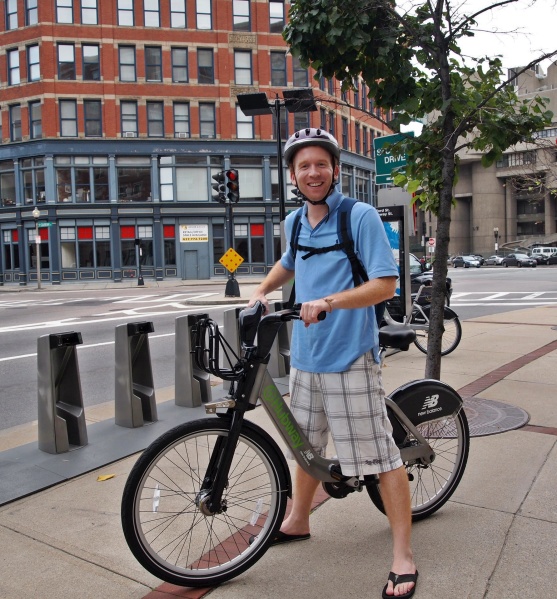 We first rode along the harbor by the Aquarium. 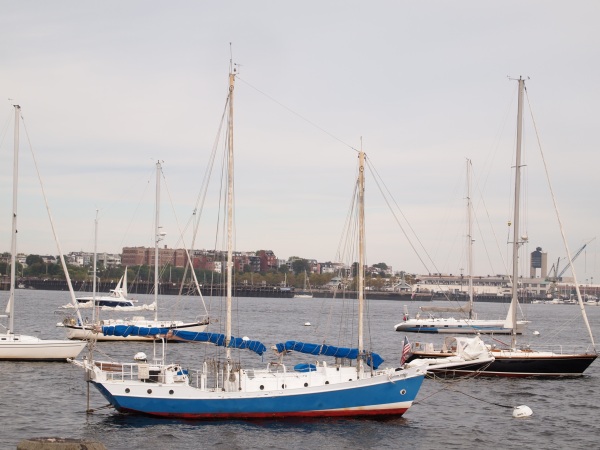 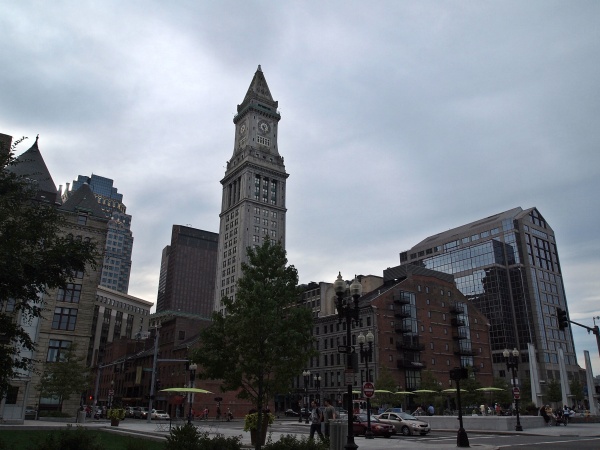 Even though the weather was overcast, the temperature was still warm enough for a good water fountain run-around. 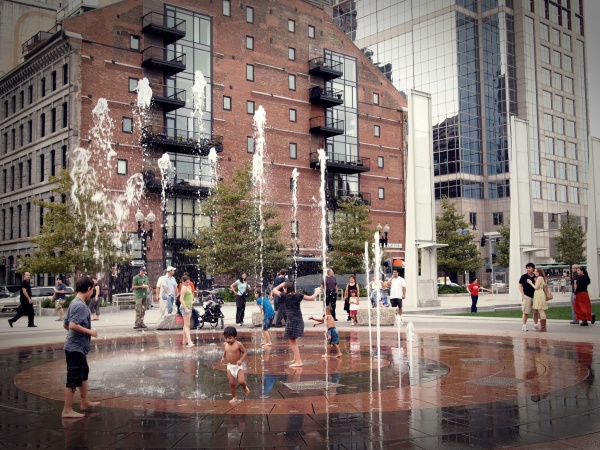 Then we crossed one of the pedestrian bridges toward Seaport area.

Here we were at ICA‘s big wooden stairs & platform looking out to the water, with downtown behind us.  After riding for an hour, I could really feel the smoothness of the bike.  The seat was comfortable to ride on, and the transition between gears was quiet and easy.  The built in basket was convenient for storing your bag.

The only “problem” I had was the lack of a lock, so it doesn’t lend itself to riding over long period of time with multiple stops while leaving the bike unattended. 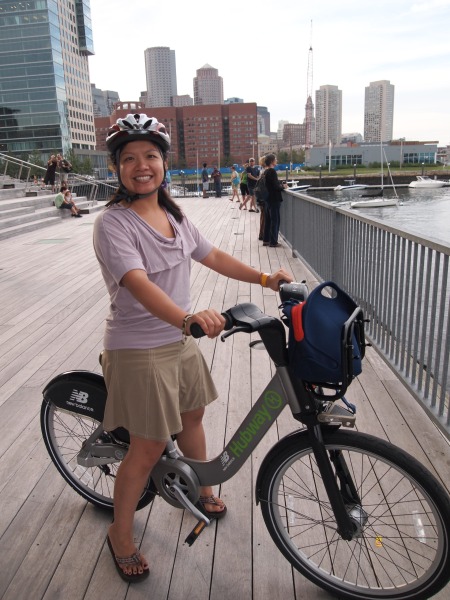 ohhh, we went deep in Seaport area… to the port.  Check out those cranes.  You know we had landed in the industrial part of town. 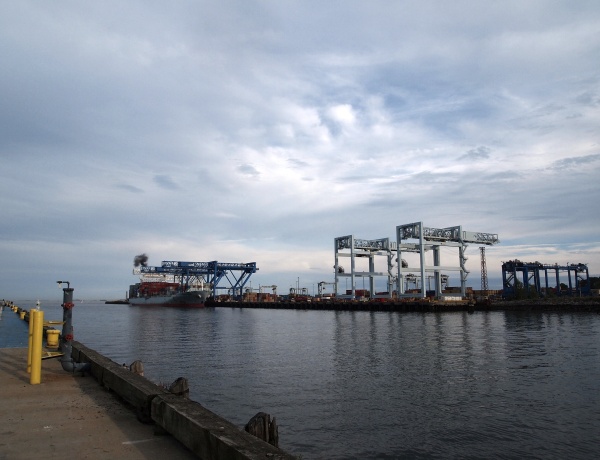 Now ending our day back in the civilization – balloon cuteness overload! 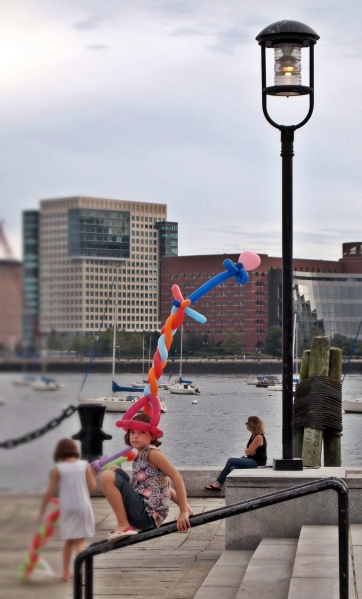